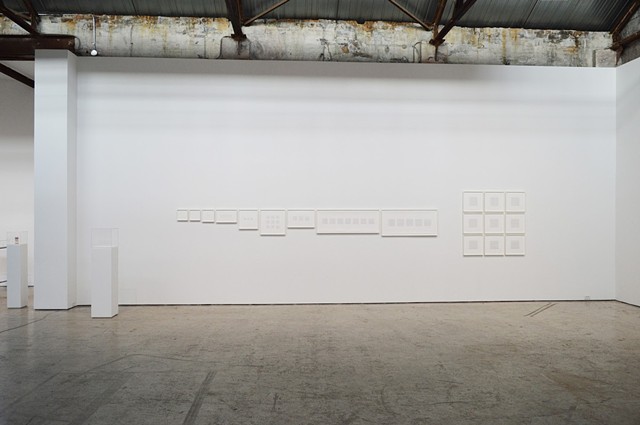 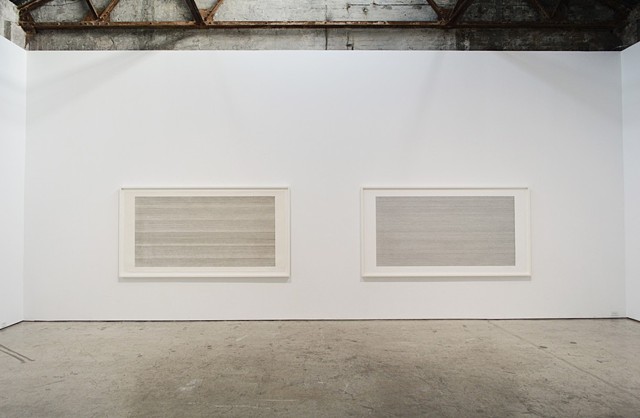 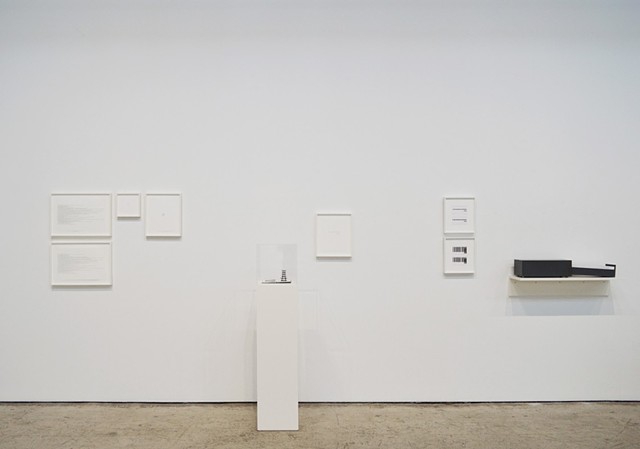 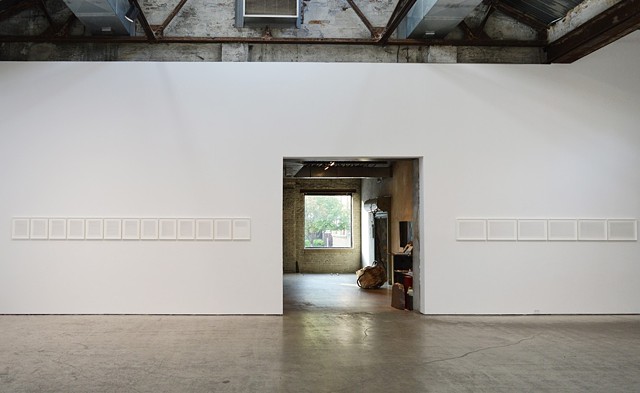 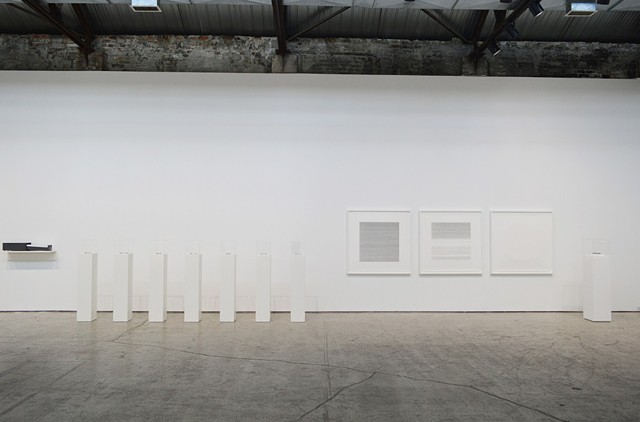 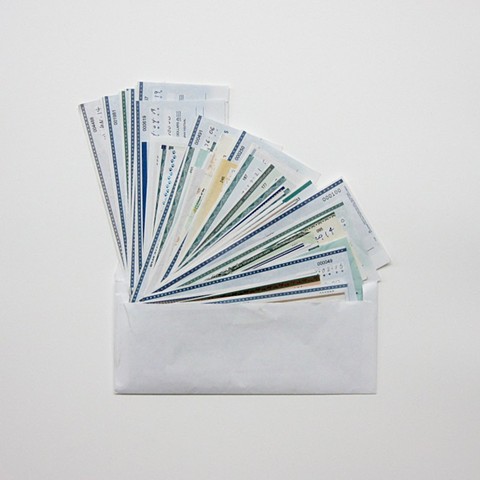 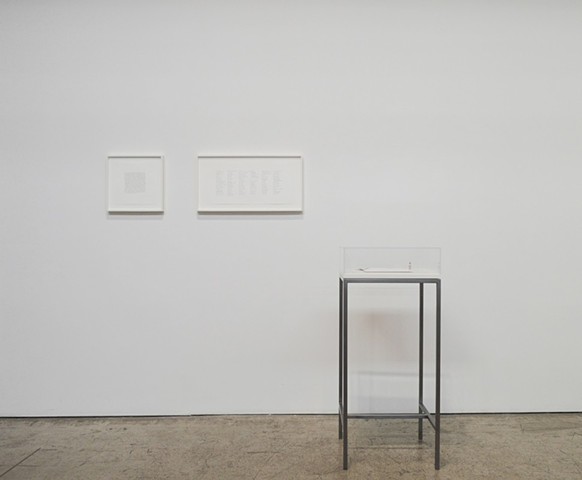 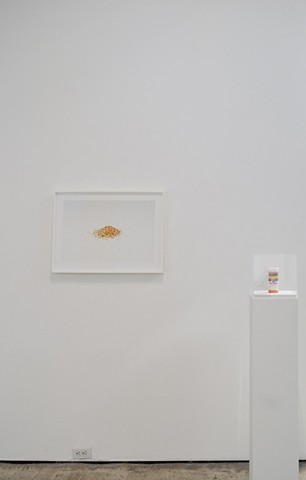 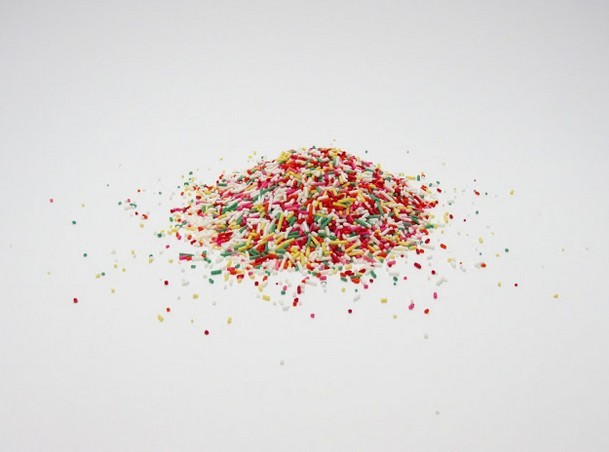 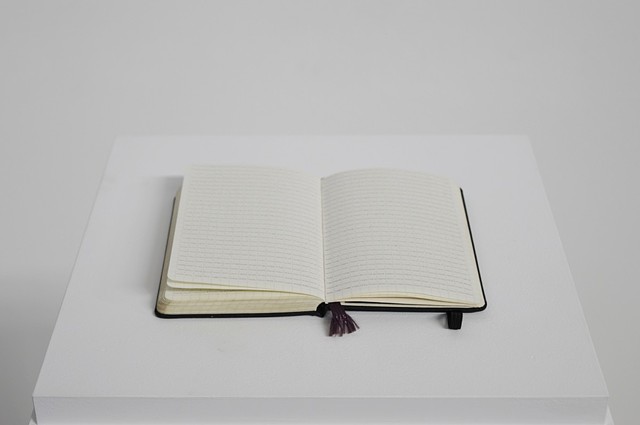 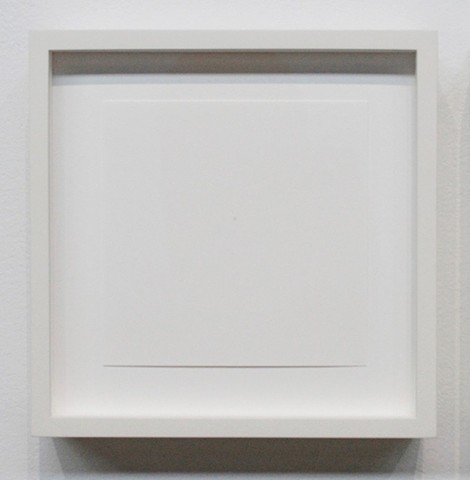 perfect squares counting to one, one time
ink on paper
7.5 x 7.5 inches 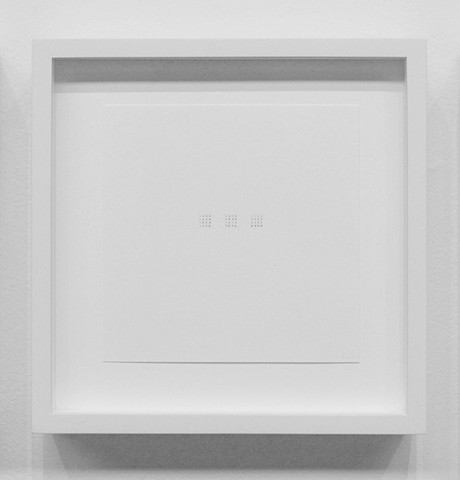 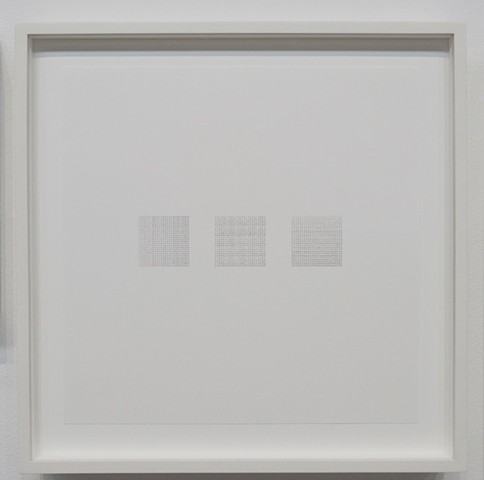 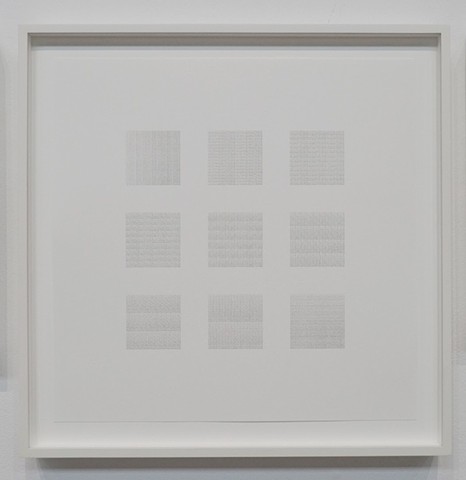 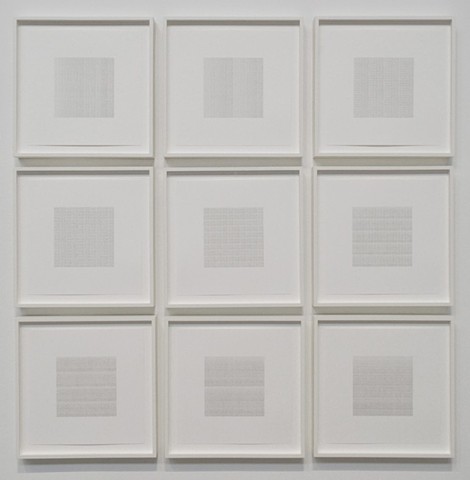 perfect squares counting to one hundred, one hundred times (9 ways)
ink on paper
14.5 x 14.5 inches each 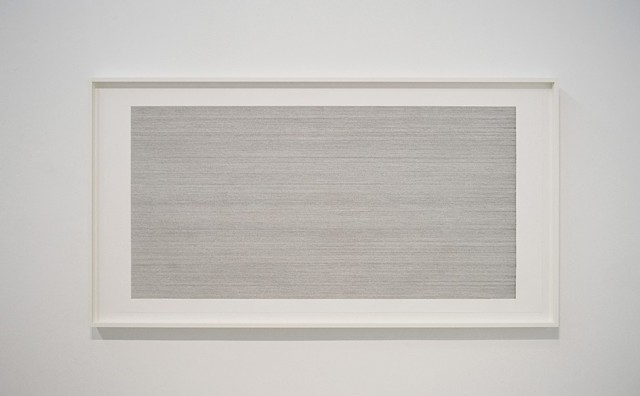 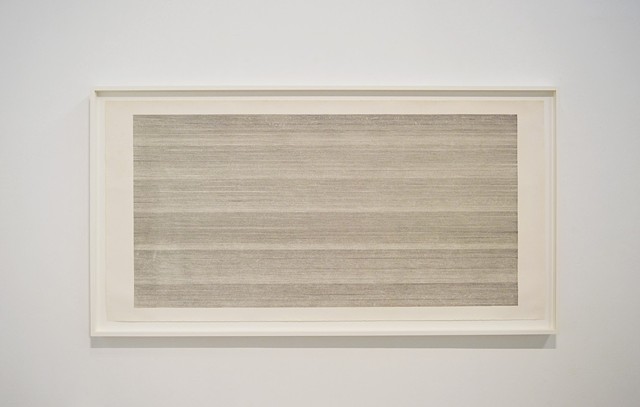 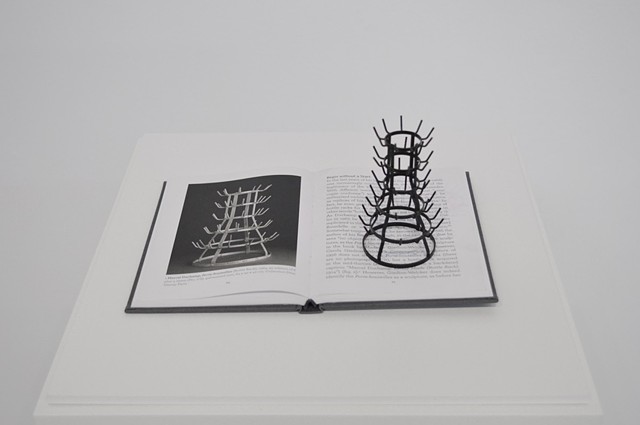 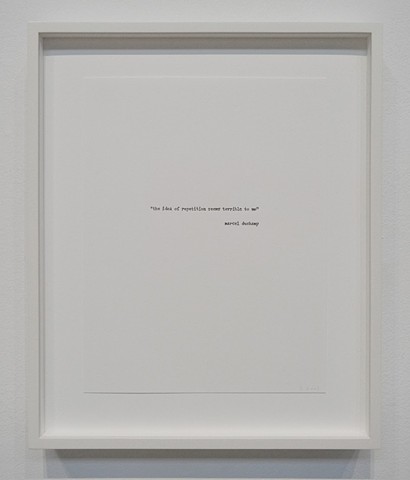 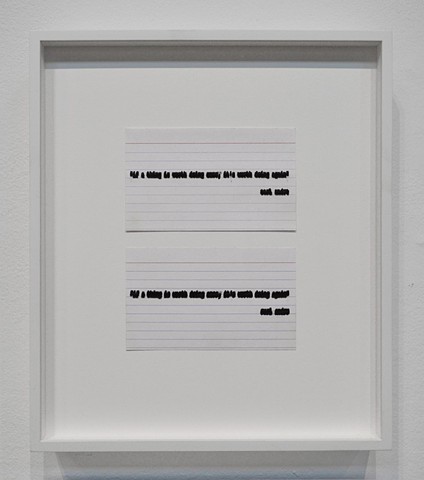 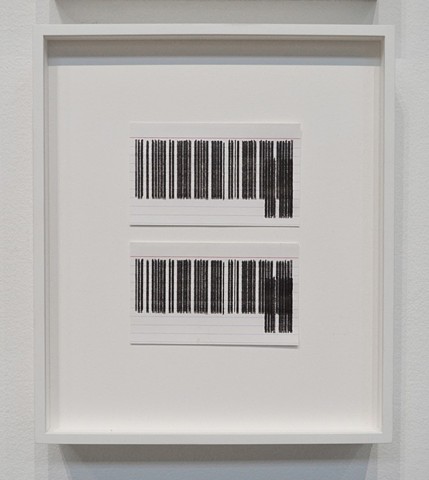 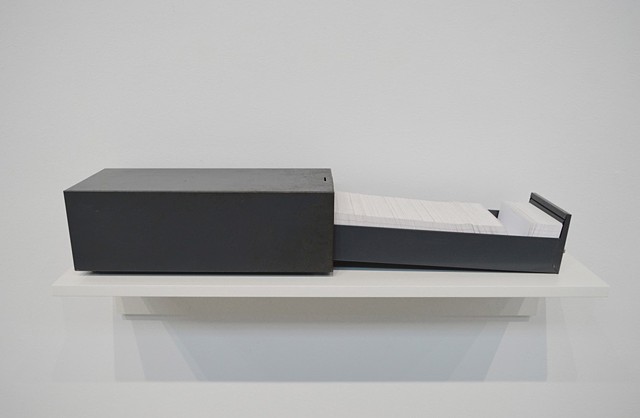 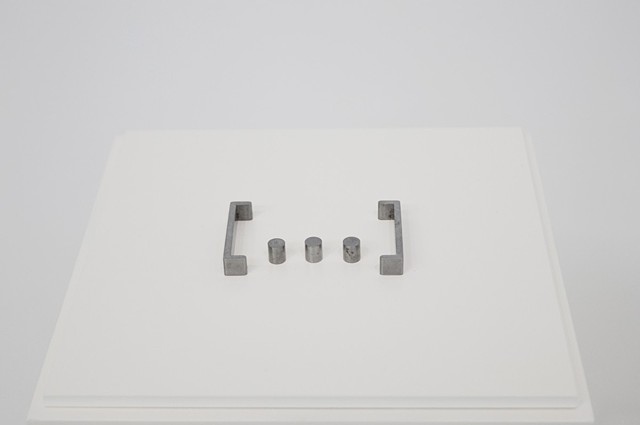 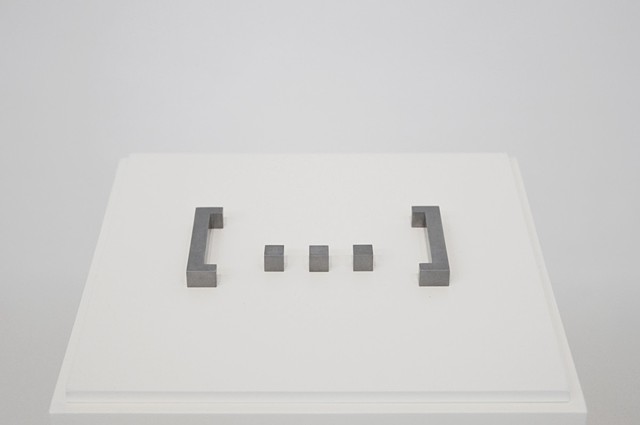 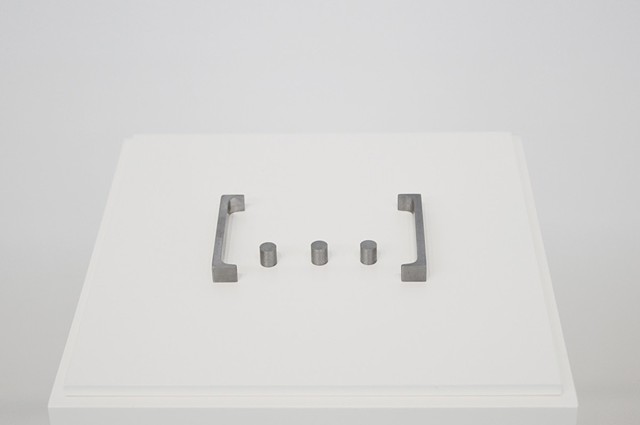 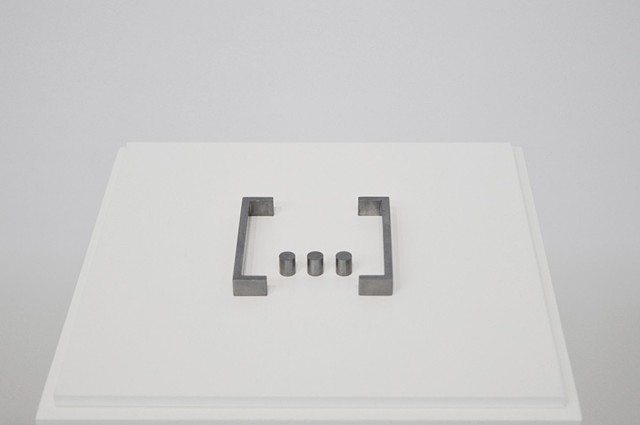 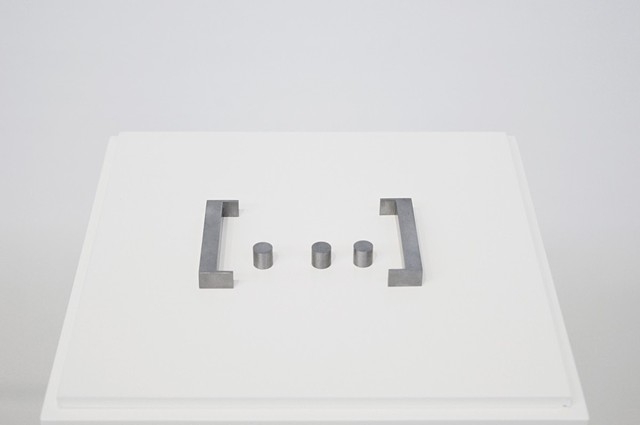 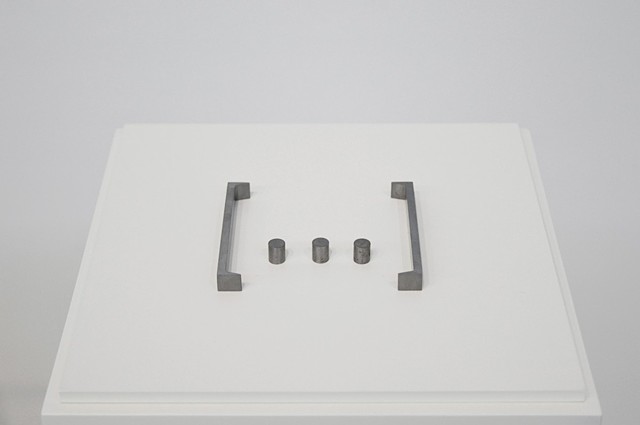 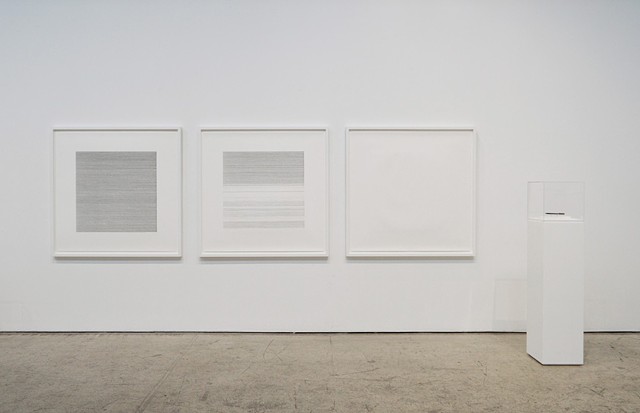 "When was the last time you counted the number of steps in a mile? Maybe you tracked your distance and your time, but did you count each of the many steps that got you to your destination. Did you take a moment to consciously register even one step? Did any of your many steps give you pause or lead your mind in a direction other than your original goal? Ken’s exhibition elaborates on many of the continuing themes of a marked career. Much of the time Ken’s work is self-documentation. His pen literally tracing the miles it has travelled in Ken’s hand across a blank page. The geometry of counting in grids that make up perfect squares. Tallying an undetermined element to fill a large space. His text pieces pay homage to a self-reflexive process of conceptual art making. The ellipsis series is an examination of sculptural font as well as a personal fixation on the symbol. Although the ellipsis is intended to truncate, in reading Ken finds that he will become stuck on an ellipse and consequently now seeks out and collects these textual anomalies. Some favourites have been rendered in steel. A new physical object birthed from a redaction (…omission?). In 2001 Ken set out to make a large drawing in the flogging series, where a pen is used to make tally marks until it is run dry. The drawing, entitled field, used 6 pens to fill a 4’ x 8’ sheet of paper with tally marks. Now, with the benefit of hindsight, 16 years of experience and with a view toward perfecting the process, he has repeated the Herculean feat and completed a new version of the drawing for our exhibition. An oft-repeated motto of Ken’s is a quote by American minimalist artist Carl André; “if a thing is worth doing once, it’s worth doing again.” It indicates exploring repetition, which Ken does in his artistic practice. In a similar vein, Mark Rothko has said “If a thing is worth doing once, it is worth doing over and over again.” Though related to Carl Andre’s thought process, Rothko’s quote indicates exploration through the process of ongoing repetition, which Ken also does. Many of the pieces in Ken’s series of text works consist of an investigation of other artists’ thoughts on conceptual art and explore their words, often through reproduction and repetition. Order and discipline gain new meaning through this recent body of work which chronicles Ken’s rigorous studio practice. His perfect squares series; an exercise in counting and mathematical fascination. The numbers ordered and re-ordered into perfect grids. The passage of time has been an ongoing theme in some of Ken’s earlier work. In this exhibition it remains present, but it is absorbed by the processes of travelling distances and repetitious counting." OKG